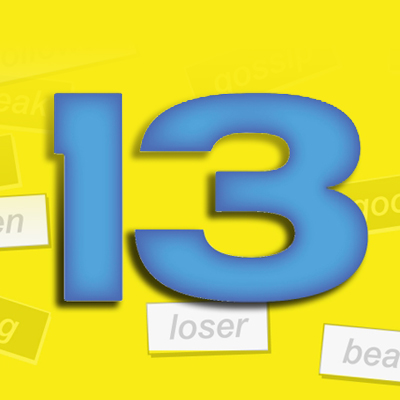 All performance dates for this event have been CANCELED!

Back by popular demand, 13 is the hilarious, coming-of-age musical which tells the story of preteen Evan Goldman. Taken from his fast-paced life in New York City, and planted in a small, sleepy town in Indiana, Evan finds himself surrounded by simpleminded middle school geeks, posers, jocks, and wannabes. Wanting to establish his place in the popularity “pecking order,” he finds himself clumsily trying to make his way toward a comfortable link of the food chain so he doesn’t end up being an outcast. With an unforgettable rock score from Tony Award-winning composer, Jason Robert Brown, (Parade, The Last Five Years, Bridges of Madison County) 13 is a musical about fitting in – and standing out. Featuring a cast comprised entirely of teen actors, playing teenaged characters, the stories that come to life on stage are ageless, the emotions they explore timeless, the laughter and the memories they provide priceless.